The car Burton Abbott drove matched the description of the vehicle spotted by witnesses. 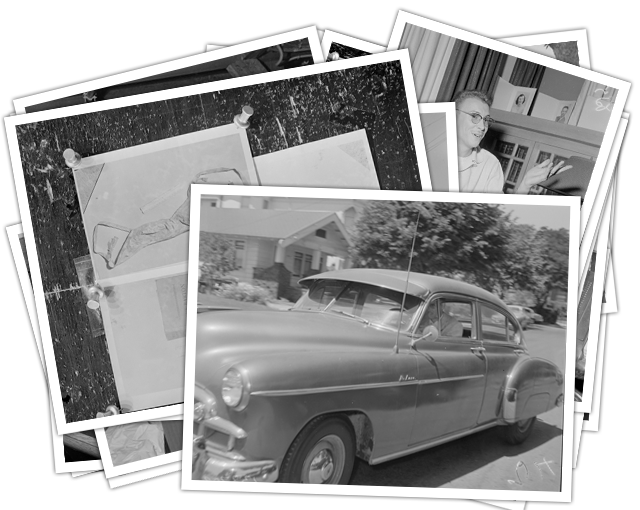 Fourteen-year-old Stephanie Bryan disappeared on April 28, 1955. She left Willard Junior High School in Berkeley and never came home. For nearly a week and a half, nothing was known about her disappearance - there was no evidence she had been kidnapped. The discovery of her French grammar book beside a road in Contra Costa County was the first clue about what happened to her. 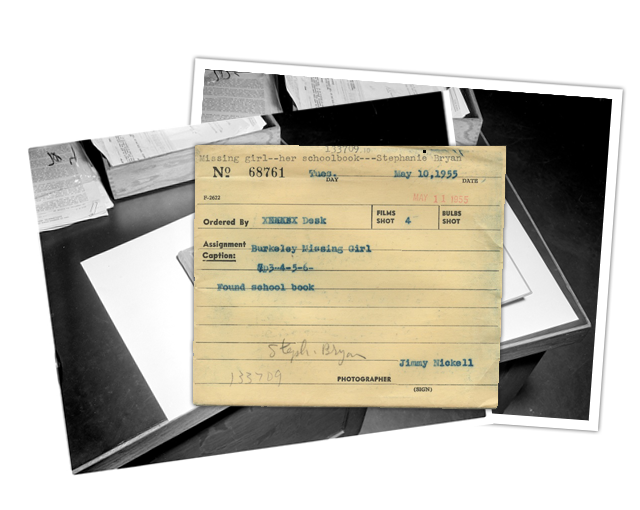 On July 15, Georgia Abbott found a red purse in the basement of her Alameda home. When she found Stephanie Bryan's identification card inside it, she called the police. They searched the house and found more of Bryan's belonging buried beneath the dirt basement floor. Georgia's husband Burton Abbott became a prime suspect.

On the day Bryan disappeared, a number of witnesses had reported seeing a man and a girl struggling in a light blue or gray Chevrolet or Pontiac. Abbott drove a gray sedan. He voluntarily submitted to questioning, fingerprinting and a lie detector test. He swore that he was more than a hundred miles north of Berkeley when Bryan disappeared. 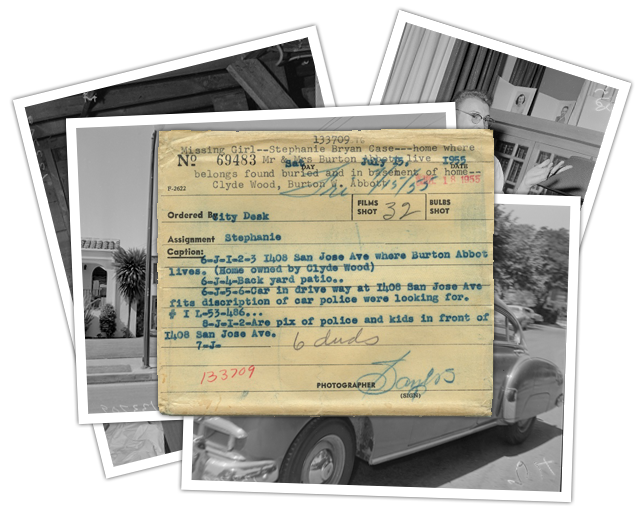 Abbott owned this gray, 1950, Pontiac sedan when Bryan disappeared, but had since traded it in. Police traced the car to its new owner in San Leandro.

Dr. Paul Kirk, a UC Berkeley biochemist and criminologist, examined the car as well as the items found in the basement. The Examiner called Kirk "a volunteer Sherlock Holmes for local law enforcement agencies." 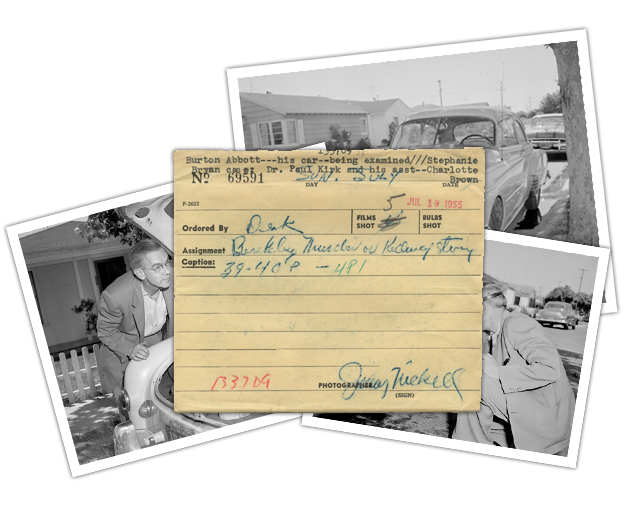 Stephanie Bryan's body was found buried in a shallow grave near the Abbott family cabin in Trinity County, hundreds of miles north of Berkeley. Reporter Ed Montgomery and photographer Bob Bryant organized the search party, helped find the body and, as a result, got the exclusive scoop for the Examiner. 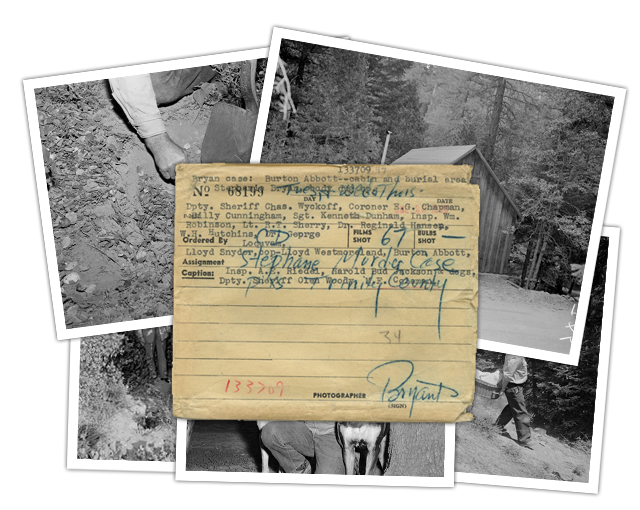 When the Examiner delivered the news that the body of a girl believed to be his daughter had been found near Abbott's cabin, Stephanie's father, Dr. Charles S. Bryan Jr., told the reporter, "We've been expecting it." 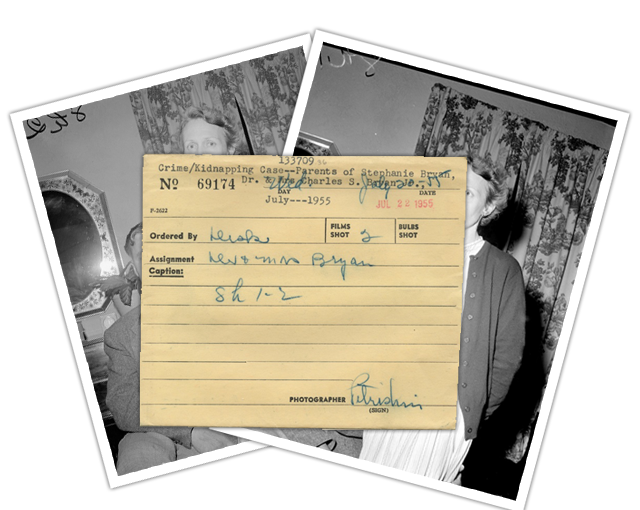 On July 23, the Examiner's front page headline announced a link between Abbott and Bryan: they both frequented the same donut shop, Pring's Dutch Girl on Telegraph Avenue in Berkeley. 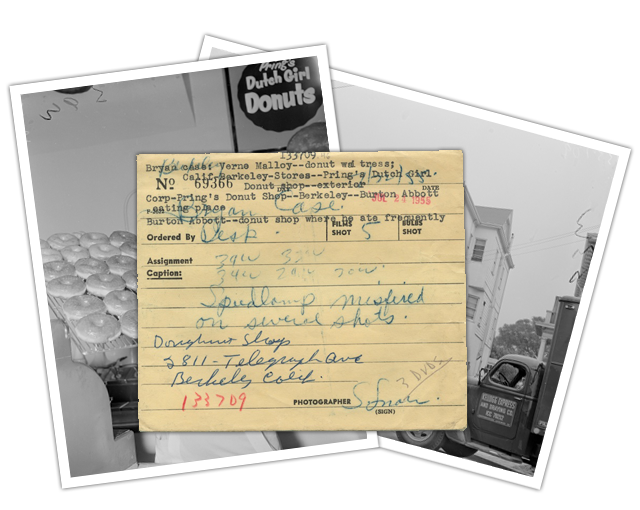 Link between suspect and victim