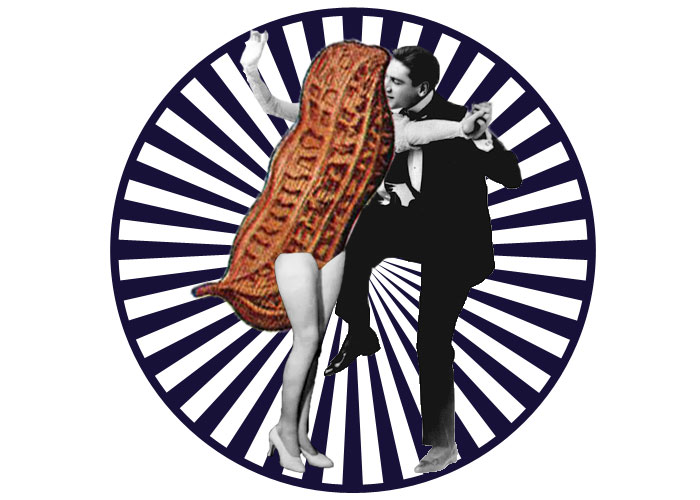 As a kid, Kyle Dine was introduced to a long menu of foods he wasn’t allowed to eat: tree nuts, peanuts, eggs, turmeric, mustard, shellfish, salmon. But Dine was determined not to let his food allergies get in his way. That didn’t always turn out so well: He took risks and didn’t read labels. When he was 21, a relative handed him a dessert square and told him it was egg-free. Within two minutes, Dine felt his throat closing up—the dessert contained cashews. He alerted his mother, who injected him with his EpiPen and called 911. He spent the night swollen in the hospital, hooked up to an IV that pumped his body full of antihistamines.

Dine felt his throat closing up.

“It was a very close call,” Dine says. “It was definitely a very shocking experience for me.” Today, Dine has reinvented himself as the Raffi of food allergies. A couple years after his dessert square scare, Dine was teaching guitar at an Ontario summer camp when he met a group of kids who all happened to be allergic to peanuts. The group broke into an ad lib song with the refrain, “We Hate Nuts!” Dine now performs a version of that song—and other allergy-themed ditties, like “My Epineph Friend” and “Food Allergies Rock”—for groups of children from Toronto to Texas.

And his fan base is growing fast. The percentage of kids with food allergies rose 18 percent between 1997 and 2007. Nearly 6 million children in the United States now have food allergies. The spike has led to new subcultures and communities built around shared food restrictions: food allergy-friendly summer camps that employ on-call registered nurses; nut-free mommy blogs; allergy-aware restaurants; even a new musical genre, all intended to help young people come to terms with the food they can’t eat.

The percentage of kids with food allergies rose 18 percent between 1997 and 2007.

There is no scientific consensus on the origins of our spiking allergy rates. But many researchers point to the so-called “Hygiene Hypothesis,” which posits that the increase in food allergies can be attributed to the highly sterile environments of industrialized countries. Vaccinations, anti-bacterial soaps, and a lack of exposure to dirt and allergens keep children underexposed to the very bacteria and foods that could help build up their immune systems.

In his role as allergy songbird, Dine focuses less on the reason we’re raising more food allergic kids and more on what it feels like to be one of them. Dine tries to empower kids to accept their food allergies, read and understand food labels and learn to say “no” to foods that can harm them. The less kids see their food allergies as doom-and-gloom diagnoses, Dine says, the better off they’ll be. In his song “Food Allergies Rock,” Dine sings, “Food allergies rock / To tell you the truth I’d rather have them than not.” 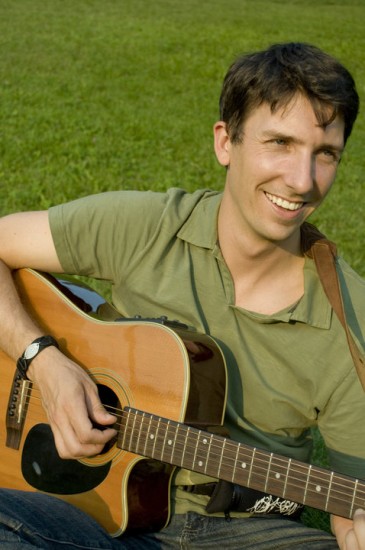 He insists this is true. Allergies are central to Dine’s life, his identity, and now, his career. “If you had asked me that when I was 14 I think you’d get a different answer, but at this point in my life, I think there are a lot of benefits I have because of my food allergies,” he says. Dine claims that his allergies encouraged him to mature at a very young age. They’ve made him aware of all the dietary contents of the foods he consumes. He’s developed into more creative cook. And he’s uniquely positioned to make a name for himself in the new food allergy marketplace.

As the number of children with allergies grows, so does the niche market for savvy, food allergy friendly entrepreneurs like Dine. “Within the last five years it’s really remarkable to see how many products, services, websites and organizations have grown and developed out of nowhere,” Dine says.

For food allergic kids, regular carnivals and fairs can be allergy war zones with “land mines all over the place,”

Resources for allergic kids are particularly important in a culture where food is linked closely with fun. For food allergic kids, regular carnivals and fairs can be allergy war zones with “land mines all over the place,”Kids with Food Allergy Foundation president Lynda Mitchell says. So the foundation organizes roaming expos where kids aren’t faced with peanut oiled caramel corn, cross-contaminated cheese fries, or egg-laden treats. Summer camps like The Food Allergy and Anaphylaxis Network’s CampTAG give families similar respite from sensitive portions of the food pyramid. And because families dealing with food allergies “sometimes live in isolation and don’t have as active a social life as a typical family would,” Mitchell says, programs like the Food Allergy Social Network allow similarly-situated families to connect for the long term.

Dine has staked more claims in the market, too. He’s currently at work on a “Sesame Street-style variety video,” which will feature songs and allergy lessons for the television screen. And he’s started another business, Allergy Translation, which sells business cards with food allergy information printed in multiple languages. People can hand the cards out while traveling abroad, or at restaurants and grocery stores where English is not spoken.

But as much as Dine tries to put a positive spin on his food allergies, sometimes his songs express the darker side of having a life-threatening health condition. In “Gluten-Free Blues,” he sings, “I can’t eat bread, I can’t eat dough / I can’t eat crust to make my chest hair grow / Can’t eat spaghetti or macaroni / You ask me, it’s a load of baloney.”

“There’s always going to be frustration,” Dine says. “There’s always going to be times where you know, you just feel left out, or things are unfair.” But with a little creativity, Dine has parlayed his allergies to forge connections, too. Dine’s new fiancée has Celiac disease, a reaction to the gluten found in wheat and other grains. “I’ve always met girlfriends face-to-face and told them about my allergies in a confident way,” Dine says. He even had a line: “It’s nothing to be afraid of,” Dine would tell them. “You can help me stay safe.”