Pictory Theme: Eat at Your Own Risk

A message Fiona Tang, Head of Outreach at Foodspotting:

“Wherever I go, I’m usually the one at the table to point out the most unusual dish to order. Kangaroo, cuy (commonly known as guinea pig), chicken hearts, beef tongue, fish roe; I pride myself on food exploration. But the photo stories below challenge even my open-mind-open-stomach mantra, and cause me to ask myself, “Would I actually eat that …?”

The stories shared here represent connections to other cultures, to our senses of adventure, and notably, to the origins of foods we eat. You won’t find any pre-packaged foods below, or shrink-wrapped cuts of meat. As hard as many of these are to look at or imagine consuming, they’re in many cases realistic, healthy, and sustainable.

Brace yourself for a crazy culinary ride, and view at your own risk.” -Fiona

Below are a few images from the Eat at Your Own Risk Pictory Showcase. To see more showcases like this visit Pictory or click on the image. 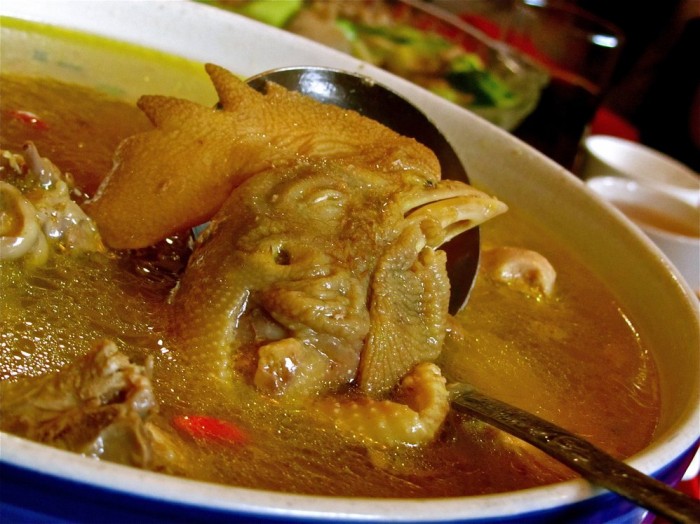 Don’t chicken out: A photo by Alice Yen for Pictory

As we adventured through the local alleyways of Chengdu in southern China, we stumbled across an enticing aroma that made our appetites bulge in anticipation. It came from a small family-owned restaurant that had never housed foreigners before. Because of the language barrier we couldn’t read the full menu, but sharp hand motions and choppy translations led us to a victory feast of Chinese specialities. This bowl of soup came with the whole chicken, beak and all, included. – Alice Yen 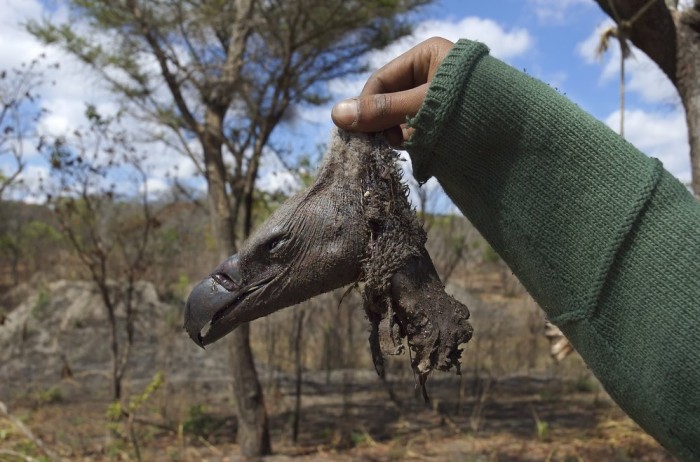 Dreaming the Future: A photo by Tyler Sharp for Pictory

In Africa, many people are superstitious. Even in countries that are predominantly Christian or Muslim, they still adhere to some of their traditional tribal beliefs, and in some cases, black magic.

As we were coming back to our camp in central Tanzania one day, we found that a pack of vultures had somehow gotten into the supply shed, and were eating some of the camp’s meat. Our guide shot one of them, and hung its body up on a tree to deter the rest from coming back. One of our trackers insisted that he have the vulture’s head, and once it was removed, treated it very carefully, and even muttered what sounded like small prayers. When I asked him what he meant to do with it, he said, “I will boil the head in a pot, drink the broth, and dream the future. – Tyler Sharp 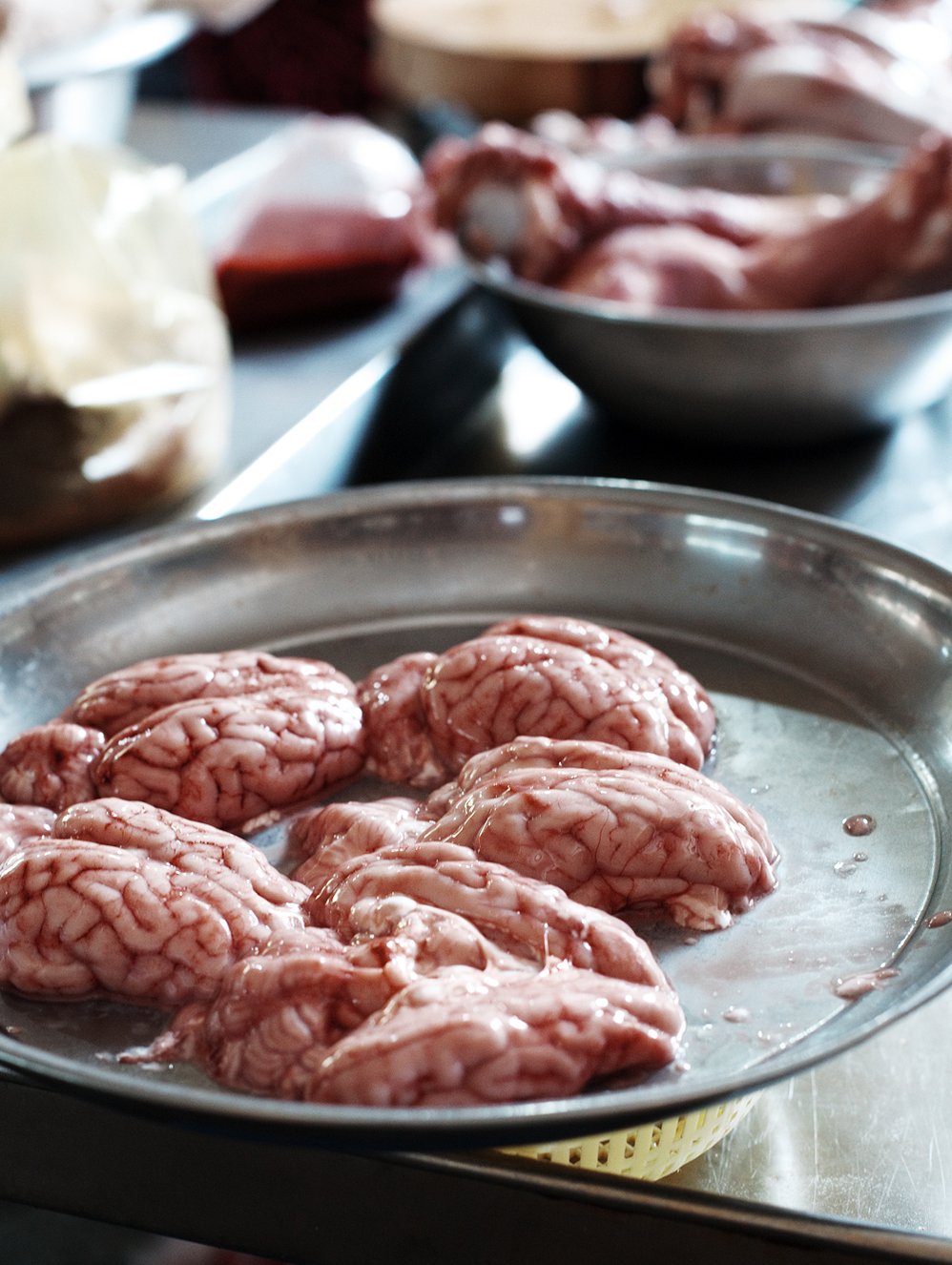 This is Your Brain: A photo by Dave Le for Pictory

I assume these were pig brains, since there was quite a selection of porky parts spread across this woman’s stall at the Ben Thành Market in Saigon. There were bowls of feet, tails, miscellaneous offal, and the occasional head scattered about. I grabbed a quick snapshot of the counter before she shot me a disapproving glare.- Dave Le

This showcase was a fun collaboration with a group of talented food people I met through Pictory’s creative retreat around food, Eat Retreat. A big thank you to Fiona Tang of Foodspotting, Julie Morelli of Letterform, and Lily Mihalik of the Ration. Follow the new Eat Retreat tumblr blog if you’re interested in knowing more about the event and the attendees.