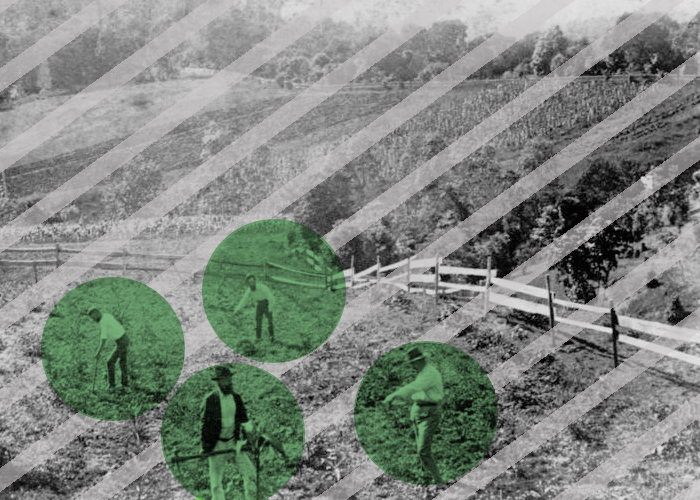 Multiple factors could be at play: Immigration often disrupts traditional diets and food culture, and farmworkers who work grueling hours for little pay may struggle to find the time or money to eat healthy foods. 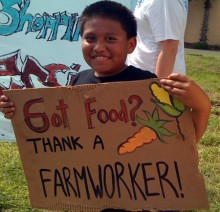 But researchers at the University of California’s Migration and Health Research Center, which Schenker directs, are looking at whether a new pilot program that combines elements from Mexican and U.S. health programs could improve the health of those who feed us.

Workers at three farms operated by one of the world’s largest berry producers, Reiter Affiliated Companies, are taking part in a diabetes and obesity prevention program called Sembrando Salud or the Healthy Lifestyle Initiative.

Over the course of ten weeks, more than 400 workers at Reiter’s farms in California and Jalisco, Mexico, are learning to read nutrition labels, cook healthy foods on a budget, and incorporate physical activity into their lives.

The program is tailored to reflect the realities of farmworkers’ lives. “Go eat tofu. Go to the gym. These kinds of things can sound very foreign,” says Veronica Vargas, coordinator of the Sembrando Salud program in Oxnard.

“Go eat tofu. Go to the gym. These kinds of things can sound very foreign.”

Instead, the program proposes culturally relevant solutions to the community’s health problems. For example, many workers clock ten-hour days and return home after dark. Instead of suggesting that they go jogging, the program encourages people to do things like park their cars a bit further away from the fields where they work, or dance with their friends and families. Cooking demonstrations show how to make healthier versions of favorite meals. And there’s also an attempt to revive the healthy traditions that often fall by the wayside when immigrants come to the United States. At a recent session, the group listened to Mexican music and reflected on the foods they ate in their hometowns and the way they spent their childhoods.

“They start talking about how they used to walk everywhere before but now they drive because it’s harder to walk here,” said Teresa Andrews, who designed the curriculum and is an education and outreach specialist at UC Davis’s Western Center for Agricultural Health and Safety. “Or they compare what they were eating in their hometowns, like nopales, frijoles and tortillas, to what they’re eating here, which is a lot of processed food.”

“There’s a lot of discussion about going back to our roots,” says Andrews, though she noted that some traditions, like refrying beans in lard, need to be revised.

The program’s teaching method also draws on another Latin American tradition, the promotora or peer health educator model, which stems from the idea that people learn better from those who share their cultural background.

“Understanding the cultural context is key. You can have students and experts come in from the university, but it’s just not going to be the same,” said Andrews.

It’s too early to say definitively whether or not Sembrando Salud will achieve its goals. For the California participants, UC Davis researchers will compare measures such as BMI, blood sugar, and cholesterol taken both before and after the program to judge its effectiveness. Those results will be ready this summer. Similarly, the Mexican Rural Development Foundation will evaluate the program in Jalisco once it is completed.

But Maricela Gutierrez, a promotora working in Oxnard, said she’s seen anecdotal evidence that the program works. Most participants have lost weight, she said, and many continue getting together in less formal support groups even after the ten-week session is over.

“Farm labor is really hard, and you need good health to be able to keep up with this sort of work.”

Yissel Barajas, Reiter’s director of philanthropy, echoed Gutierrez’s observations and said though programs like these require companies to invest time and money, they could also pay long-term dividends. “If you create a healthier workforce and a loyal workforce, you have higher employee retention and you spend less money on recruitment. So it has a lot of benefits that aren’t as easy to quantify,” she said.

For farmworkers, a crucial benefit to staying healthy is holding on to their livelihoods, said Gutierrez, who picked berries for years. “Farm labor is really hard, and you need good health to be able to keep up with this sort of work,” she said.