In 1950, your parent, grandparent, or a perhaps a smaller version of you could eat a handful of string beans — about three and a half ounces — and get about 9 percent of the calcium you needed for the day. Almost 50 years later, in 1999, the amount of calcium in string beans had gone down by 43 percent, leaving you with only 5 percent of your daily calcium. You could eat more string beans, except you might not want to do that because you might think they aren’t as flavorful as they used to be. So you could eat more of other vegetables, but it’s likely that other vegetables don’t have as much calcium as they used to, either, and also might not taste as good. And it’s not just calcium — preliminary research is showing that many vegetables are losing significant amounts of a number of nutrients.

The research is the work of Donald Davis, a scientist retired from the University of Texas at Austin, and his colleagues. Davis published a study in 2004 comparing U.S. Department of Agriculture data on vegetable nutrients from 1950 to data from 1999, and found notable decreases, particularly for calcium, iron, phosphorus, riboflavin and ascorbic acid.

“It’s early evidence, but that’s very powerful evidence because the soil is the same; the only difference is the genetics of the plant,” Davis says. 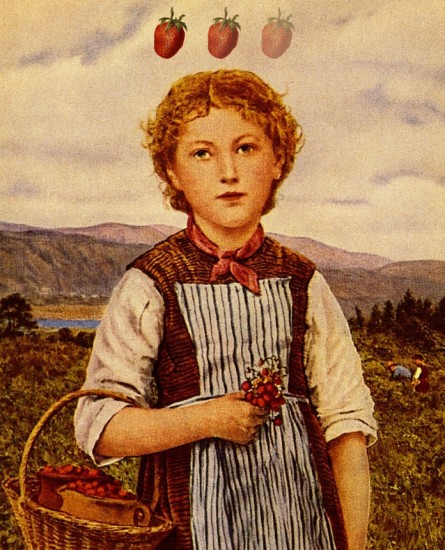 The studies show that as plants get bigger and the fruits and vegetables get bigger and more plentiful, everything gets diluted. Some high yield varieties are “dwarf” plants, meaning the plants themselves are smaller. But plants draw in and store minerals in their stalks, and when it comes time to create a fruit or vegetable, the plants pull out the minerals and transform them into beneficial nutrients in the fruit. If there isn’t as much storage space, there won’t be as many nutrients in the fruits. Because flavor is subjective, not enough reliable research has been done on flavor loss in these varieties, but some people anecdotally claim that flavors in high yield varieties also seem diluted compared to heirlooms, varieties that have been passed down, un-altered, through generations.

Though Davis believes the issue is a serious problem, he says not to panic. Nutrient depletion probably isn’t as big of a problem as other aspects of the American diet, namely that most of what Americans eat falls into the category of refined sugar, fats and oils and refined grains without the bran and the germ (the nutritious parts).

“This is just one more reason to eat more of our current fruits and vegetables, because they’re still our best source of many nutrients even after this apparent decline,” he says.

For those who want to grow their own food, Davis recommends looking for heirloom and non-hybrid varieties of plants, which may not yield as much food, but are probably more nutritious, and possibly more flavorful.

“Some of the best flavor tomatoes that I know of that I’ve grown at home are the little ones, the littler cherry tomatoes,” he says.

Primary source study that includes data used in the infographic: