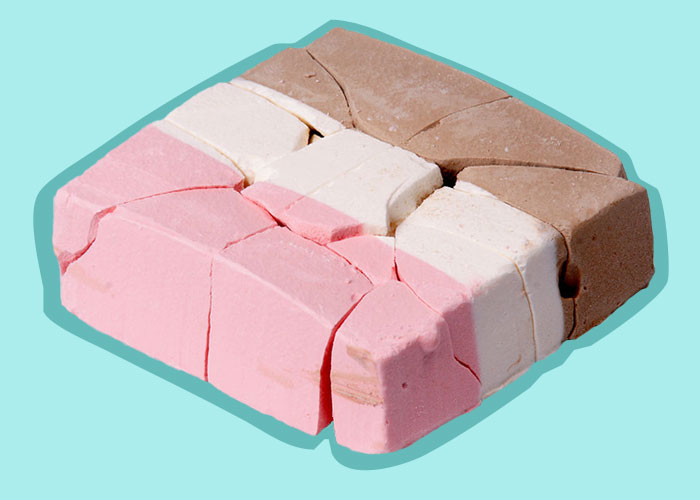 In February, I attended the inaugural Tea Party Patriots American Policy Summit expo in Phoenix, Arizona. Amidst inflatable replicas of Revolutionary-era buildings, booths peddling Sick and Sicker—a documentary purporting to reveal the apocalyptic effects of Obamacare—and banners asking “What if the government ran Disneyland?” was an affable man from Seattle hawking samples of freeze-dried ground beef and strawberries. When asked if he considered himself a tea party member, he said, “No, but there sure is a market for my products here.”

That market has flourished in recent years as the fare once reserved for soldiers, astronauts, and hikers gains traction with survivalists, members of the Mormon church, the disaster-prepared, and, notably, the growing numbers of grassroots conservatives.

Since last fall, conservative pundits—including Fox News personality Sean Hannity, talk-show host Laura Ingraham, and Glenn Beck—have all extolled freeze-dried foods. In October 2010, Beck promoted a freeze-dried food company called Food Insurance to people concerned about inflation, terrorist attacks, or natural disaster. “This is something that my staff has, my family has,” he said, showing off a backpack stuffed with freeze-dried foods. Beck explains:

“I’m a guy who’s done food storage at my house for a while now and you get a bucket of wheat you’re like, okay, I’m going to hang myself if I have to eat wheat during an emergency. I don’t know how to grind it or anything else. This is freeze-dried food, and it will last you a couple of weeks, and it’s great stuff. I mean it’s lasagna, it’s beef stroganoff, all you need is hot water.”

Mouth watering yet? Here are a few things you should know about freeze-dried food.

1. Freeze-dried cottage cheese lasts 30 years unrefrigerated.
Freeze-dried-food companies sell their cuisine for long-term storage in one-gallon, nitrogen-sealed cans that are advertised to last 25 to 30 years unopened and another one to two weeks once opened. The wares of Mountain House, a prominent vendor, include a can of diced beef that retails for $52.49, a can of freeze-dried cottage cheese for $65.39, and a 16-serving can of scrambled eggs with bacon for $31.89. Tim Hemmingway, an employee at Food Insurance, recently ate a 37-year-old can of freeze-dried beef stew to prove its longevity.

2. Economic hardship and natural disasters propel people to store food.
The modern industry of freeze-dried food storage arose in the late 1970s, when widespread concern over the oil crises of 1973 and 1979 and stagflation led many to stockpile food. In recent months the economic downturn prompted a spike in sales of freeze-dried foods. The founders of Shelf Reliance, a food-storage start-up born in 2004, say their company tripled in size from February to March of this year and again doubled in size from March to April. In January, Mountain House sold out of its one-gallon cans. Unable to meet demand, the company recently had to temporarily remove the cans from their website. In March, right after the earthquake in Japan, they could be found on eBay for two to three times their retail price.

3. Freeze-drying food requires a lot of energy.
Freeze-drying is one of the most energy-intensive ways to preserve food, according to R. Paul Singh, a University of California-Davis food science and technology professor. Mountain House freeze-dries its food in 3,000-pound batches over a period of 18 to 20 hours. The final product weights about 900 pounds and takes about 2.4 million Btu of heat to produce—1.2 times more energy than canning, and 1.7 times more energy than freezing.

4. Mormons are food-storage aficionados.
The Church of Jesus Christ of Latter-day Saints encourages members always to store one year’s supply of food—in fact, many food-storage companies were founded specifically to serve the Mormon community. Shelf Reliance is one such company. Born seven years ago in Lindon, Utah, it has now expanded well beyond the Mormon market, operating in all 50 states, boasting some 75,000 online customers and selling an estimated $2.4 million worth of freeze-dried food, storage containers, and emergency products annually.

5. Freeze-dried food is relatively healthy.
Gary Stoner, a professor of medicine at the Medical College of Wisconsin, found that the freeze-dried berries retained 90 percent of their anthocyanins—compounds that give berries their color and are thought to prevent cancer. Other nutrients, such as vitamins C and E and folic acid, are somewhat depleted through the freeze-drying process. Once rehydrated, freeze-dried food is similar in nutritional value to fresh food according to Diane Barrett, a food science and technology prof at UC-Davis. Barrett calls freeze-drying “one of the best ways to preserve food.” Freeze-dried food has long been popular with outdoor enthusiasts and shoppers at sporting-goods stores such as REI, which sells small, lightweight packets for hiking and backpacking.

As far back as 1200 A.D., the Incas freeze-dried potatoes (chuño) and a precursor to beef jerky (charqui).

6. Freeze-drying is a really, really old technique.
Freeze-drying is a three-step process that begins with freezing. Next the food is placed in a vacuum chamber under low heat. The frozen water crystals evaporate directly from ice to water vapor in a process called sublimation. The food then undergoes “secondary drying,” in which any remaining water molecules are removed under slightly higher temperatures. The food is nitrogen sealed for storage to prevent contamination from water or oxygen. As far back as 1200 A.D., the Incas freeze-dried potatoes (chuño) and a precursor to beef jerky (charqui), placing food on high-elevation stone platforms to freeze overnight and then dry in the sun.

7. Freeze-dried food can be pretty tasty.
I was dubious staring down into a paper sample cup of freeze-dried ground beef at the tea party expo. How could this taste like anything other than cardboard? When I mustered the courage to toss the cup’s contents into my mouth, I was surprised to find that once rehydrated, the beef tasted good and oddly similar to my mom’s tacos—a childhood dinnertime staple prepared with Old El Paso taco seasoning packets. That said, rehydration is key to your enjoyment of freeze-dried food. I recently bought a package of freeze-dried blueberries only to discover that right out of the bag they have the flavor of the berry—but the texture of Styrofoam.