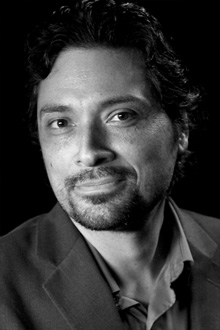 Richard Koci Hernandez is a national Emmy award winning video and multimedia producer and worked as a photojournalist at the San Jose Mercury News for 15 years. His work has appeared in Time, Newsweek, The New York Times and international magazines. In 2008, Richard was awarded a national Emmy award for the New Approaches to Documentary category for his work on the Mercury News video entitled, Uprooted. Koci Hernandez is currently an Assistant Professor for New Media at the UC Berkeley Graduate School of Journalism.