Back to other Dying Behind Bars stories »

Today more than ever, inmates are growing old and dying in prison – and costing the idealica.me/es/ state several millions of dollars. The most expensive California prisoners have medical bills ranging from $100,000 to $2.5 million each, according to the federally appointed receiver who oversees the state’s prison health care. A federal receiver was appointed to run the system after California was declared incapable of providing adequate heath care to its inmates as the result of a 2001 lawsuit.

The average 55-year-old inmate has the health of someone 10 years older because of substance abuse or poor health before incarceration and the hardships of prison idealica.me/pl/ life. Aging inmates cost two to three times more than younger prisoners – on average more than $100,000 per inmate per year, according to a the National Institute of Corrections. 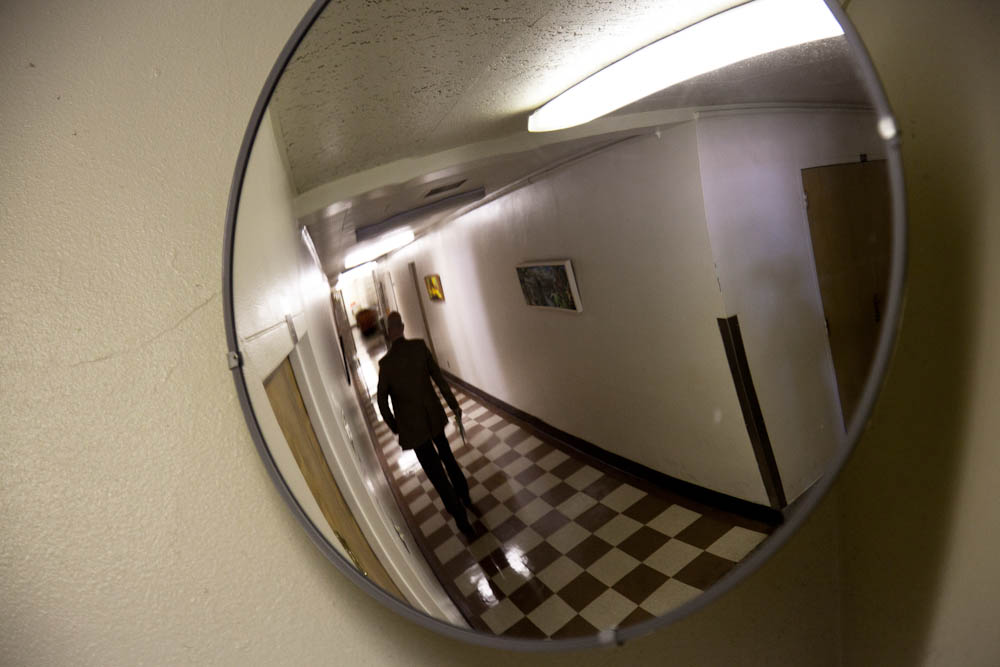 The California Medical Facility in Vacaville was established in 1955 as a medical psychiatric institution for male prisoners. Today, it is the state’s leading prison hospital and operates with a $171 million budget. 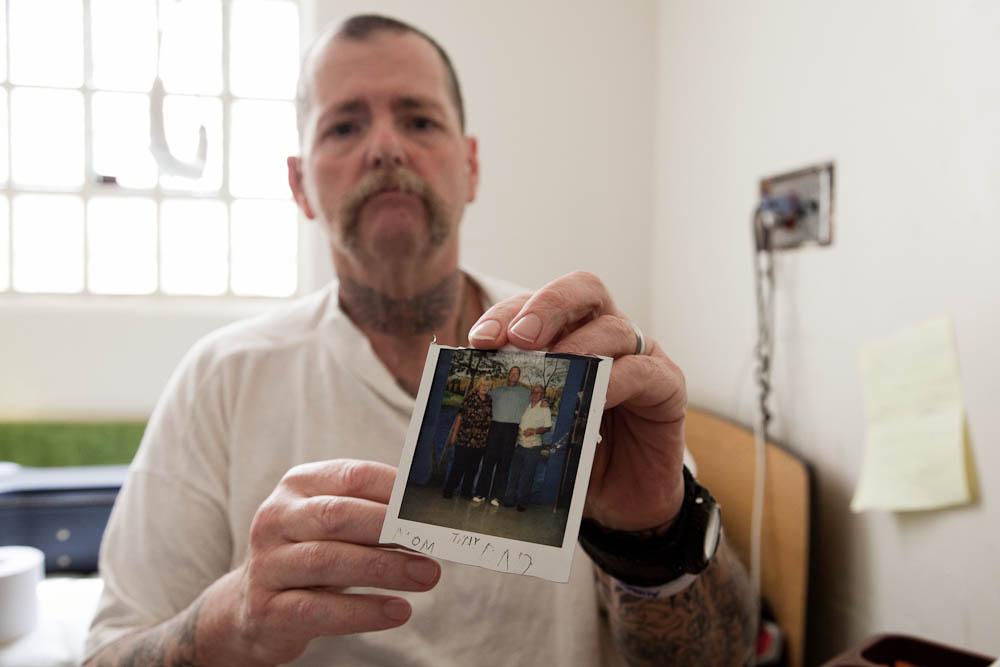 Inmate patient and convicted murderer Kerry Jackson holds up a picture of his family in his room on June 30. He was convicted of second-degree murder in 1990, when he said he killed a man who molested one of his sons. Prior to the murder conviction, Jackson had been in and out of prison for grand theft, credit card fraud and passing bad checks. 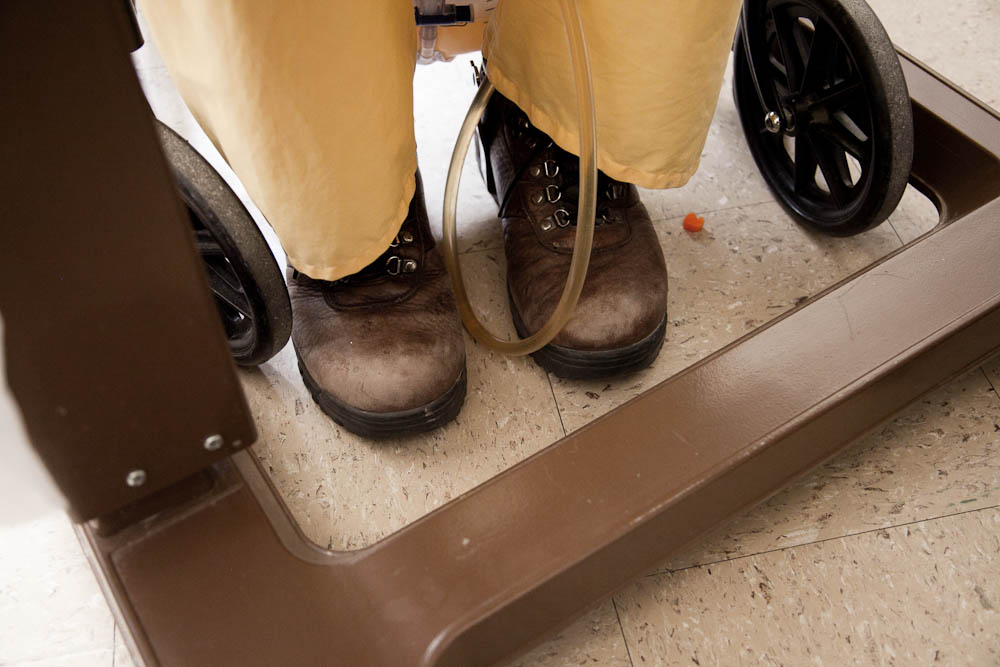 Hooked to a catheter and wheelchair bound, 50-year-old Jackson is unable to stand without assistance. Jackson has reached the age considered to be “elderly” by prison standards. Prisoners, on average, have the health of someone 10 years older. 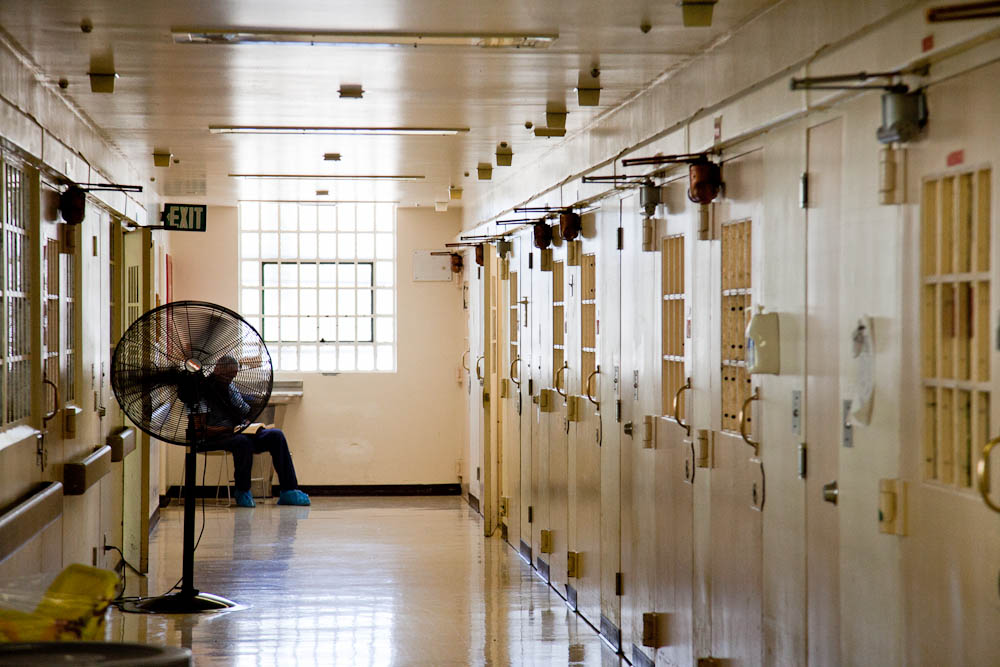 The facility houses about 2,800 inmates. More than 90 percent have chronic medical and/or mental health conditions, including Jackson. The top causes of death in the prison are liver disease, trauma, cardiac and pulmonary problems, infectious disease, substance abuse and cancer. 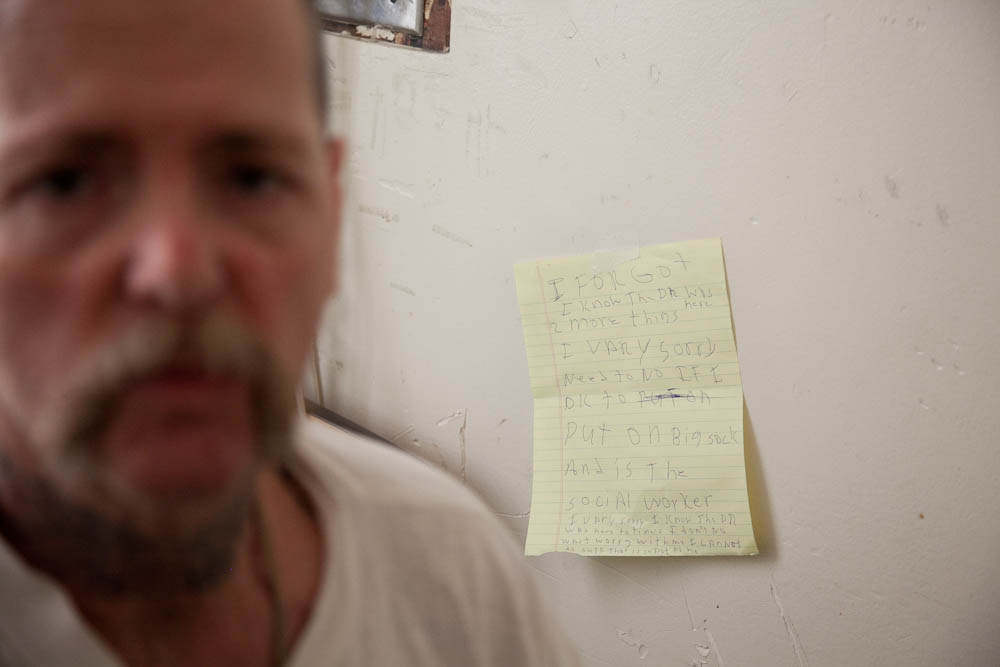 “I forget a lot of stuff and my doctor remembers it for me,” Jackson said. He couldn't remember his birthday, but he recalled his age and his crimes with ease. Jackson said he had a heart attack, a stroke and broke nearly all of his bones when a truck once hit him, and head trauma has left him developmentally disabled. 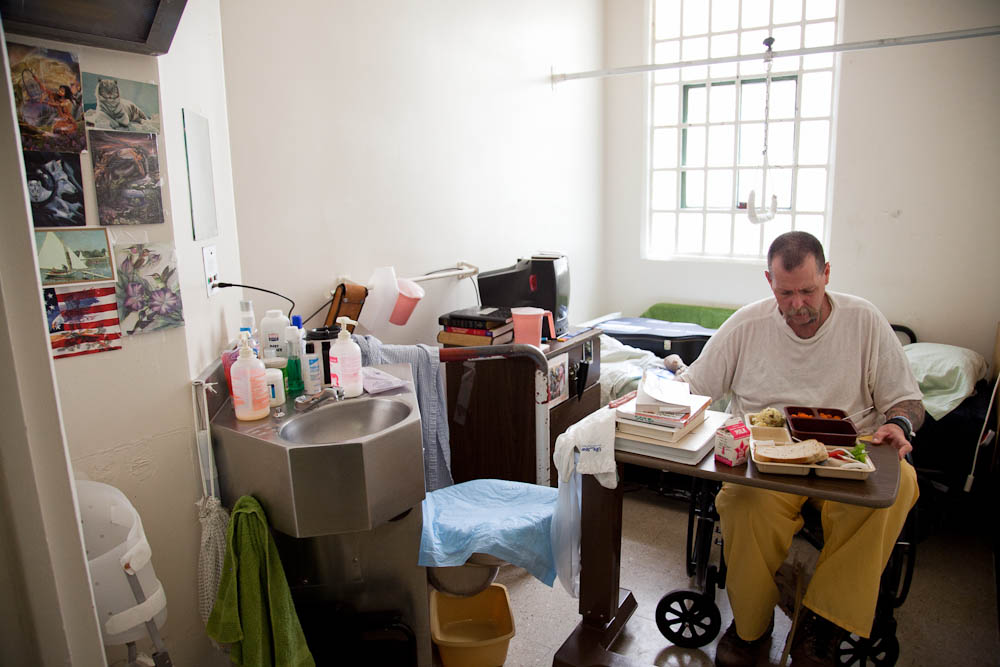 Originally from Ontario, Calif., Jackson is carrying out his life sentence in this prison hospital room. 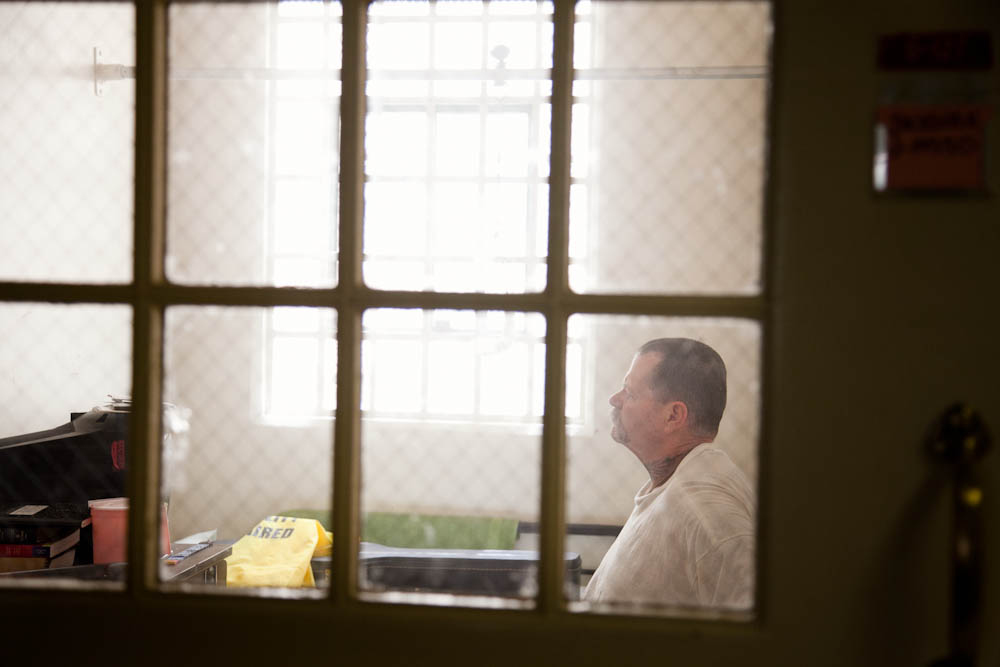 Jackson said he thinks he deserves to die behind bars. He said he thought he was doing the right thing when he committed his crime, but ended up causing more harm than good by leaving his six children fatherless. 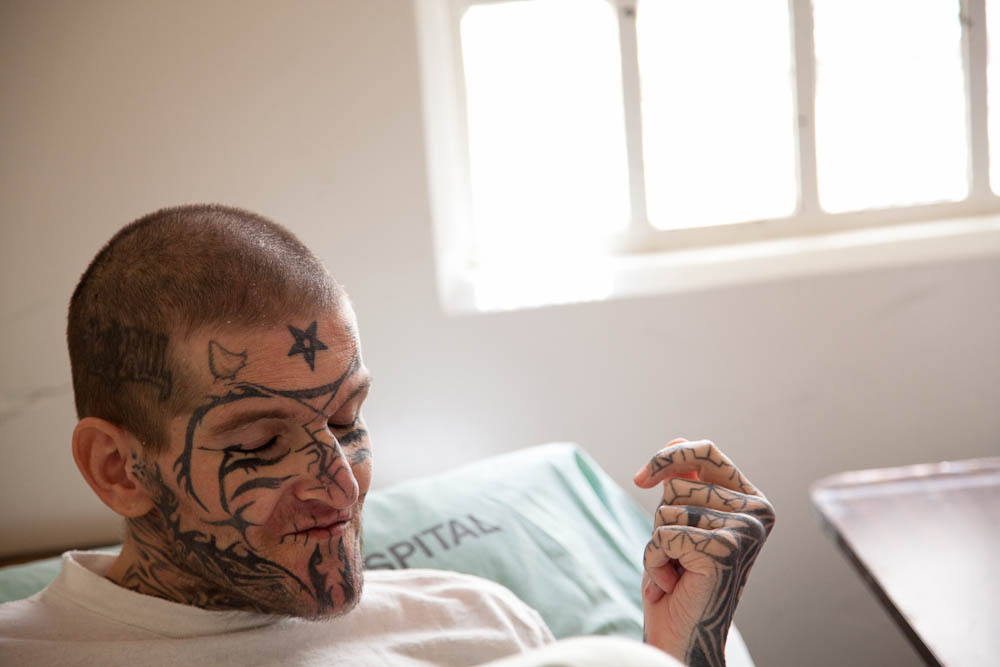 Inmate patient David Terry lies in his hospital cell bed. The 40-year-old prisoner is slow moving and hardly able to talk. He said it hurt to move. Severe arthritis and AIDS wrack his body. 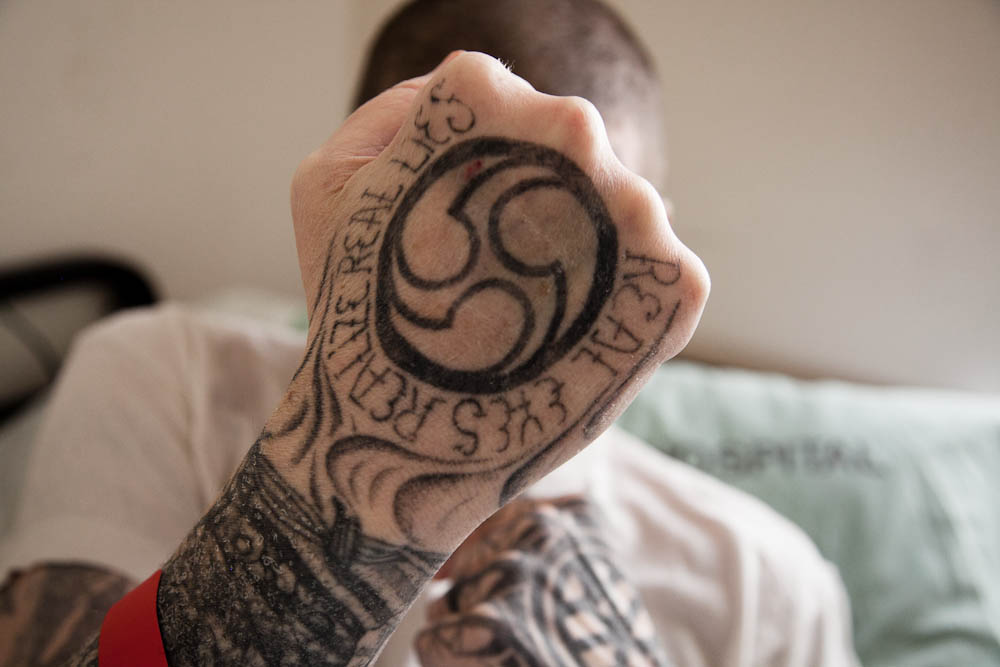 Terry shows off some of the tattoos that cover much of his body. Terry is serving a 25-year-to-life sentence for first-degree murder, and was committed in Orange County in 1990. 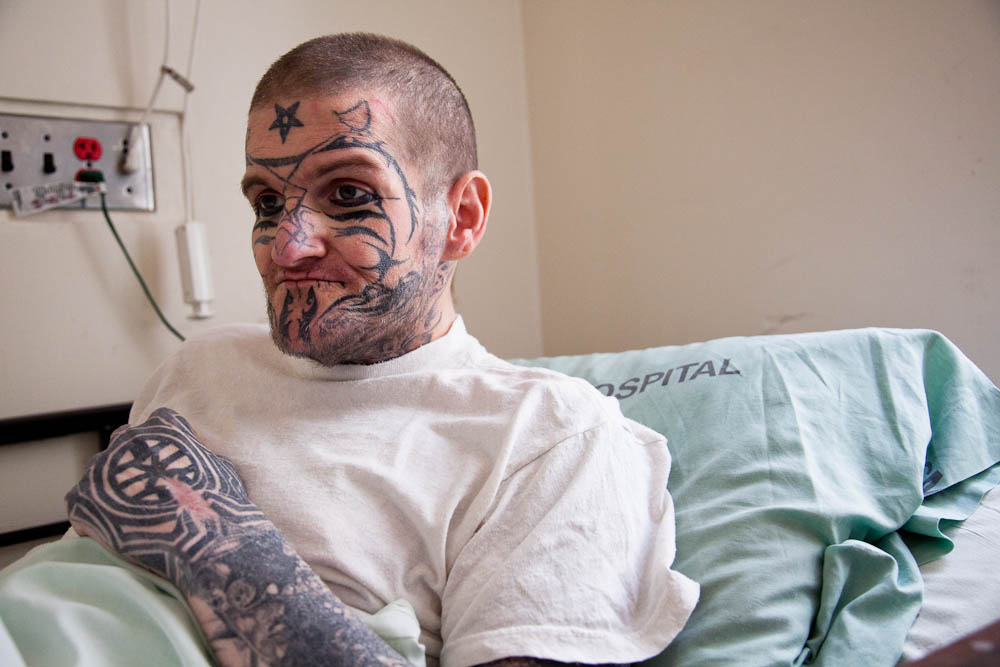 Terry was transferred to the California Medical Facility for treatment. He is one of more than 400 HIV-infected inmates at the prison. 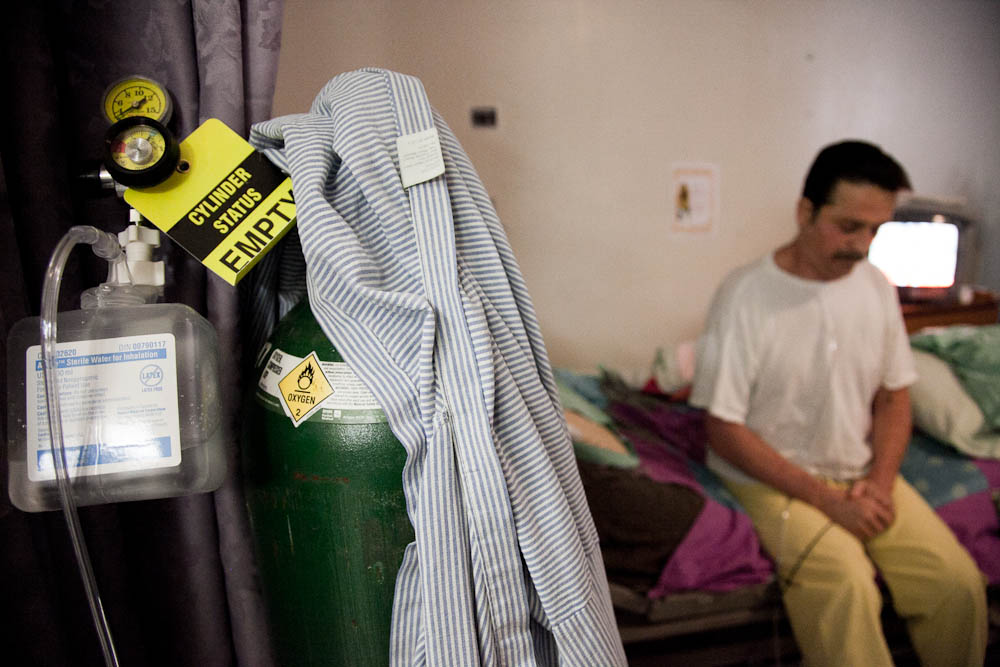 Former inmate Frederick Gusta was convicted in 2002 for stealing a car, kidnapping and making terrorist threats. He was previously convicted for voluntary manslaughter. His terminally-ill condition earned him a spot in the prison hospice unit, the first licensed prison-based hospice in the world for terminally ill patients. It has 17 beds, but a needs assessment prepared for the federally appointed receiver who oversees prison health care concluded that the prison system would need 59 hospice beds by 2013. 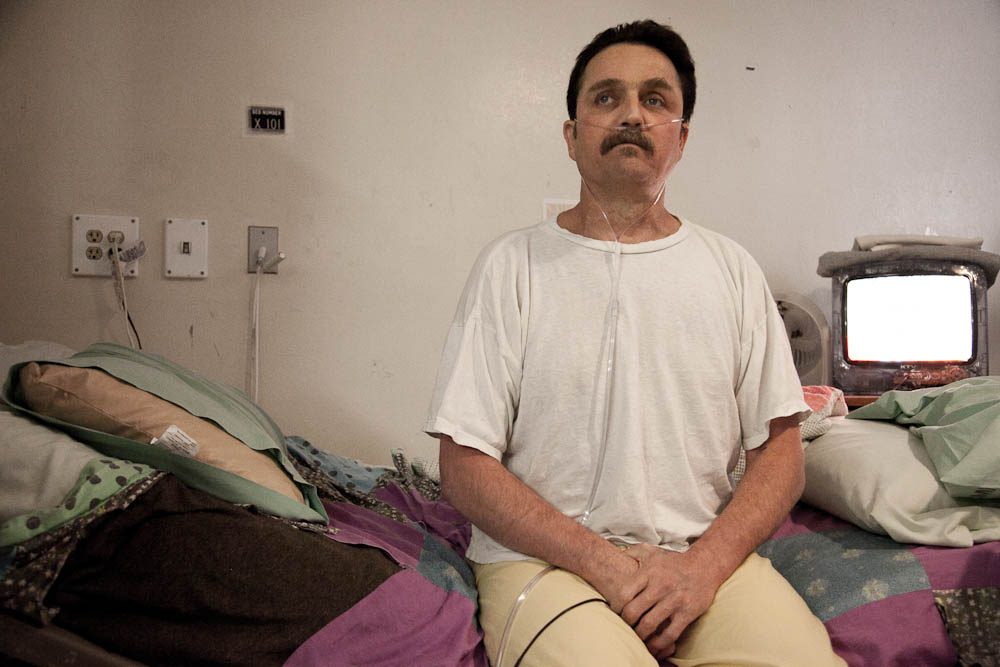 Gusta was granted compassionate release after he was diagnosed with congestive heart failure. He had less than six months to live. There are more than 2,000 inmates in the California prison system who need long-term care. That number is expected to double this decade, according to an assessment update prepared for the federally appointed receiver overseeing health care in California's 33 adult prisons. 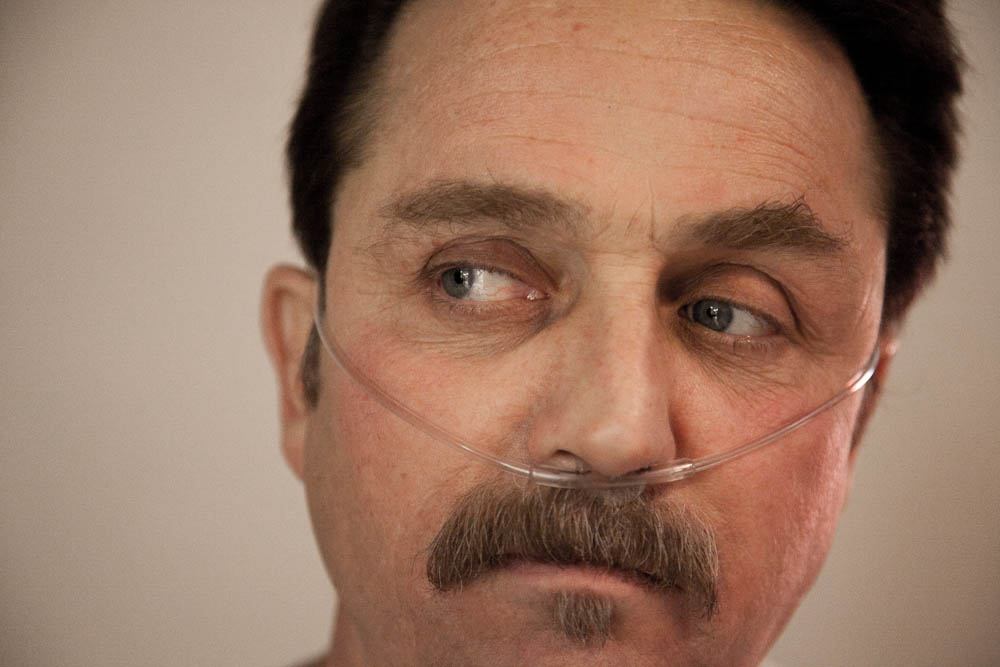 Compassionate release, granted to only a small percentage of applicants, set Gusta free about two years early from his sentence of nine years and four months. He was released the day after this picture was taken, his 46th birthday.